The dishes that were prepared by the students of the respective classes were:
Nursery – Nutella biscuits with gems
LKG – Nachos chaat
UKG – Cheeselings Bhel
Class I – Papri Chaat

The students were encouraged to bring the necessary ingredients from home in airtight containers. The basic ingredients used in preparing the various dishes were Nachos, Biscuits, Nutella, Cheeslings, Papris and other spices and seasonings.

As the activity began the students washed their hands and with great enthusiasm wore their checkered aprons and were all set to start cooking. The activity was a group effort where every student contributed (in cooking) in their own small way. While some were adding the tomatoes, others showed a huge excitement in peeling the boiled potatoes and stirring the prepared mixture.

Teamwork and collaboration led to the success of the activity as children joined hands in preparing a delicious concoction. Apart from imparting culinary skills the activity was also intended to develop essential life skills and values in the pupils. 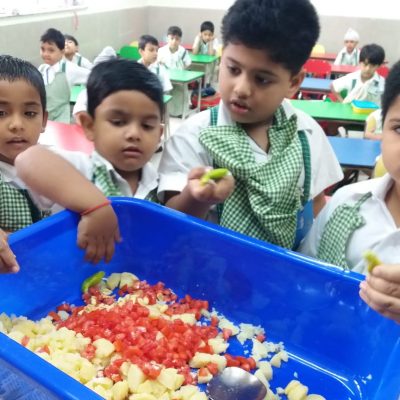 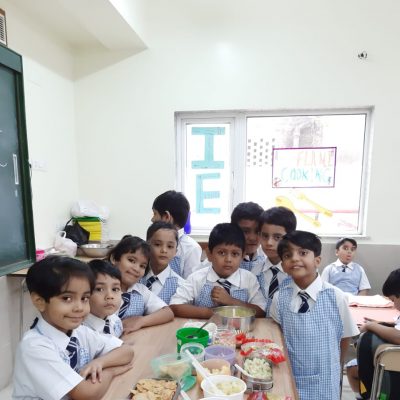 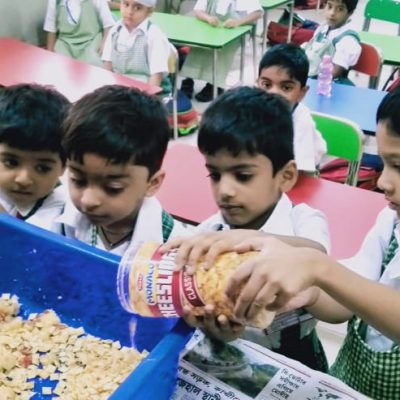